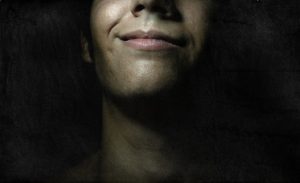 The term Dark Triad was coined to refer to three related personality variables: Machiavellianism, narcissism, and psychopathy (Paulhus & Williams, 2002). Although they originated in different literatures, there are striking similarities. To varying degrees, all three constructs entail a dark, socially destructive character with behavior tendencies such as grandiosity, emotional coldness, manipulation and aggressiveness. The recent development of sub-clinical measures of narcissism and psychopathy has permitted direct comparison of the three dark traits in normal populations. Some researchers have argued that, in non-clinical populations, the three constructs may be one and the same. By contrast, we have confirmed that there are important distinctions, both theoretically and empirically.

Beginning with a conference presentation by Williams et al. (2001), the empirical evidence has made it clear that the Dark Triad members exhibit distinctive relations to the Big Five personality traits (Paulhus, 2015). In all of our work, regression analyses are used to isolate their unique contributions.

Although they fall in the same quadrant of the interpersonal circumplex, the members of the Dark triad show distinctive associations with impulsivity and identity strength (Jones & Paulhus, 2011). A recent lab study by Jones and Paulhus (2010) showed that their aggression is provoked by distinctive threats: narcissists by ego-insult and psychopaths by physical threat. Machiavellians were not provoked by either source. The sexual behavior of the Dark Triad members also show distinctive patterns (Jones & Paulhus, under review). All three have a substantial genetic contribution, but Machiavellianism also shows a shared environmental component (Vernon et al., 2009). All three load on the sixth factor of personality (Honesty-Humility) isolated by Ashton and Lee (2007).

With regard to self-enhancement, the research is clear that narcissists predominate. In the Paulhus and Williams (2002) research, for example, two concrete measures of self-enhancement were exploited: knowledge overclaiming and self-other discrepancies. There was also some evidence for milder self-enhancement among psychopaths, but Machiavellians showed no self-enhancement whatsoever. They appear to be the most grounded in reality.

Of the three, it has become clear that psychopathy is the most destructive personality. Our research began with a survey indicating that subclinical psychopaths report having perpetrated a broad range of misbehaviors (Williams, Harms, & Paulhus, 2001). Much of this misbehavior is substantiated by reports from close informants such as friends and room-mates (Nathanson et al., 2003).

These self-reports have been substantiated in various studies of concrete misbehaviors. To date, our data support the following: